The Ducks pulled out their first "themed" uniform of the season. It's an homage to almost-black, neon green, and Polynesia. It's the first special uniform since September 2017, when they had an anti-cancer one-off uniform. This is also the first mono-black set since week 3 of 2018. Loyal readers might remember the 2016 season (4-8), when each week revealed uniforms that were wildly different and usually came with  a "story." This has the feel of those days, but albeit more subtle and, honestly, merchandized by Nike stores. 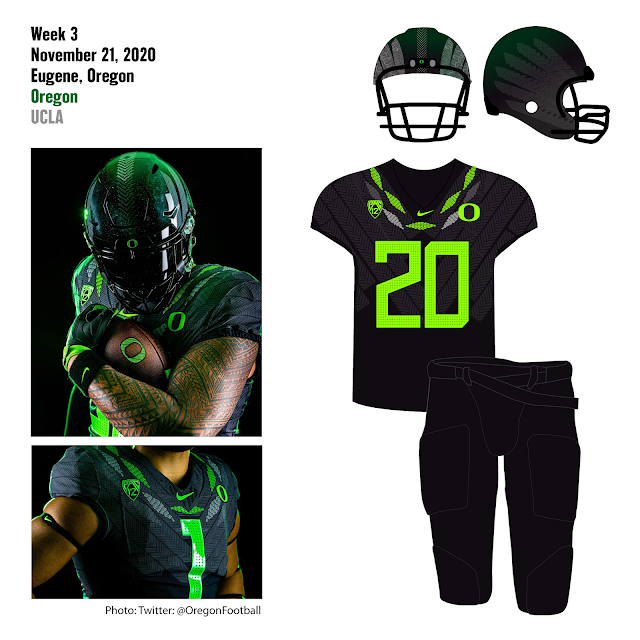 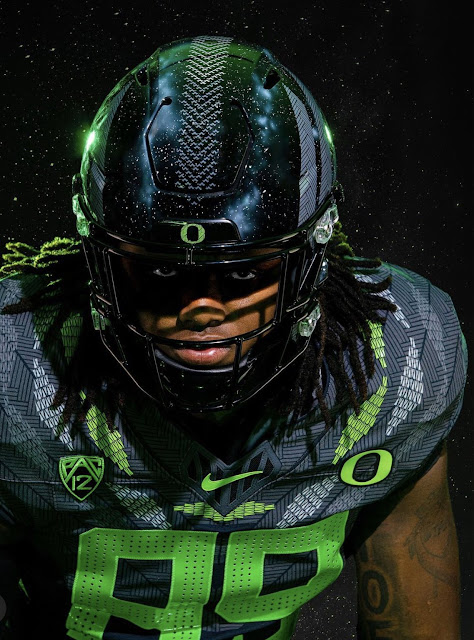 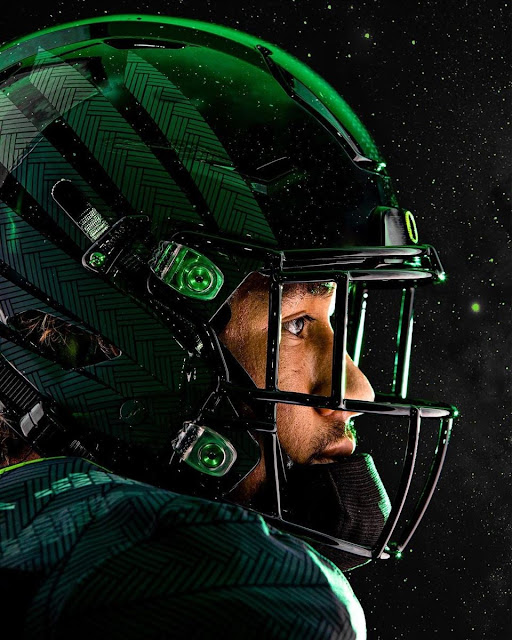 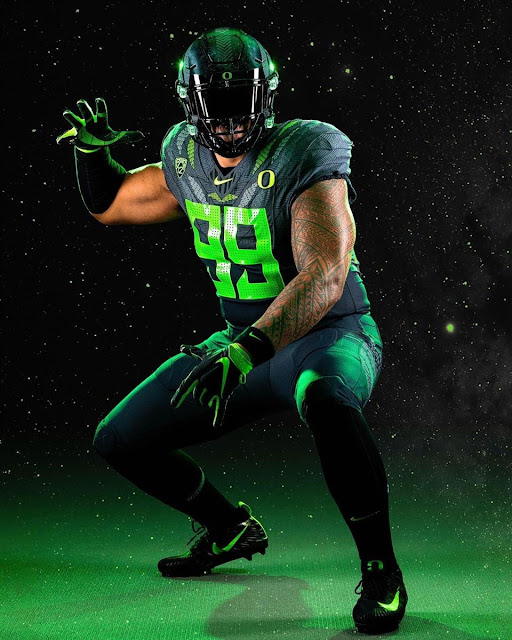 Duck Territory does a great job describing it, so I won't bother repeating it.