With no uniform to track this week, I thought it might be fun to remember some unis of the past, namely 10 and 20 years ago (which were both GREAT seasons!) I'd go back further, but the "modern era" of Oregon uniform insanity started in 1999 with the new Nike rebrand and Coach Mike Bellotti.

What is striking is that the first few years of the rebrand 1999-2002 resulted in the then-normal home/away sets but that soon changed: 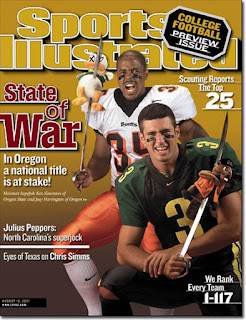 Like this current year, the 2001 Ducks were real contenders. College football in the state of Oregon was at an all-time high and this year was the best season for the Ducks to that date. Even the Beavers were good and both squads made the cover of Sports Illustrated!

A loss to Stanford was their sole blemish on the season, finishing 11-1, they ended the season #2 but were snubbed by the BCS! They made up for it by winning the Fiesta Bowl in what might be considered one of Oregon's very best bowl victories! During the season though, Oregon beat three ranked teams: home vs. #22 Wisconsin; and on the road against tough #14 WSU and #17 UCLA!

Uniform-wise, this was year three of the Nike look, and coach Mike Bellotti and QB Joey Harrington led a simply stylish looking bunch. The home sets were pretty much mono black/green, and the road sets were mono white with the green helmets. I miss the yellow though. A highlight of that era were the "mallard-head"shiny green helmets with yellow O. This was before they started experimenting with shoulder patterns and one-off helmets.

I was at this game in sunny Berkeley and the Ducks looked cool in mono white. Plus they played well too! Oregon's road set this season was all white with the intense green side stripes that went from ankle to armpit! 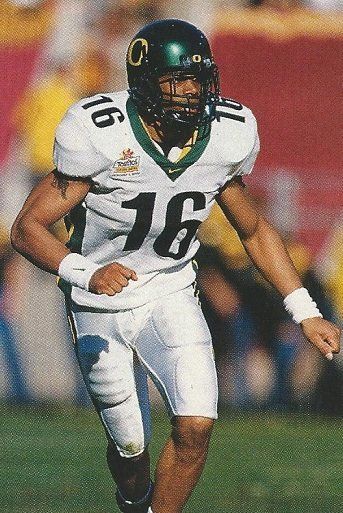 Another great season (12-2, final rank #4) for the Ducks started with a letdown against #4 LSU. Coming off the bitter National Championship loss to Auburn, this season could have fallen flat but QB Darren Thomas and coach Chip Kelly led Oregon to an epic cathartic Rose Bowl victory against Wisconsin with the now-famous chrome helmets.

As for uniforms, the sky was the limit that year, and was like this throughout the Kelly and Helfrich years. This was the last season with the shoulder wings inspired by Northwest Indian art (This might be considered "Shoulder Wings 1.0", since they have maid new versions every couple years since.) Overall, 2011 used a lot of dark colors: black, gray, silver, dark green; and only two games use any yellow. This lent the season a somber tone that belies the success they had on the field. Kelly and Helfrich tended to go away from school colors.

All- black (or was it really dark gray?) with neon detailing ends up being an unlucky look.

One of only two times they wore yellow. It pairs great with the carbon fiber silver helmets. 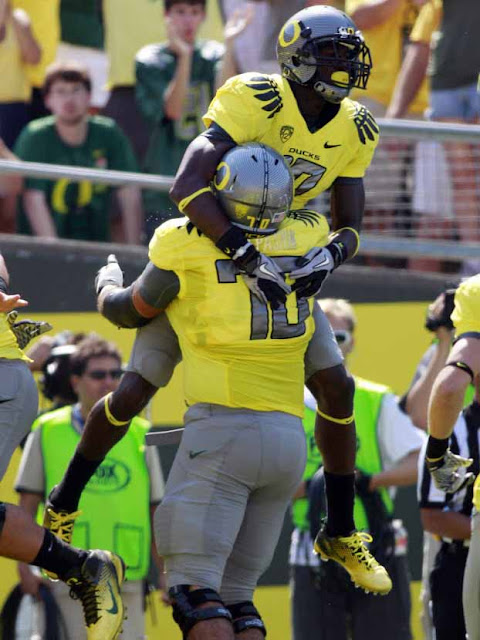 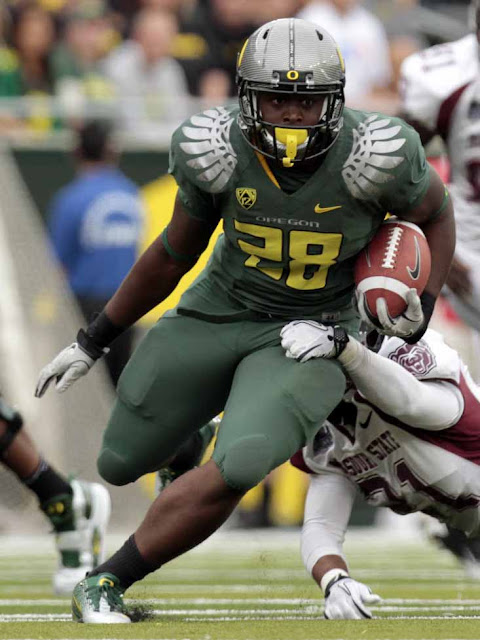 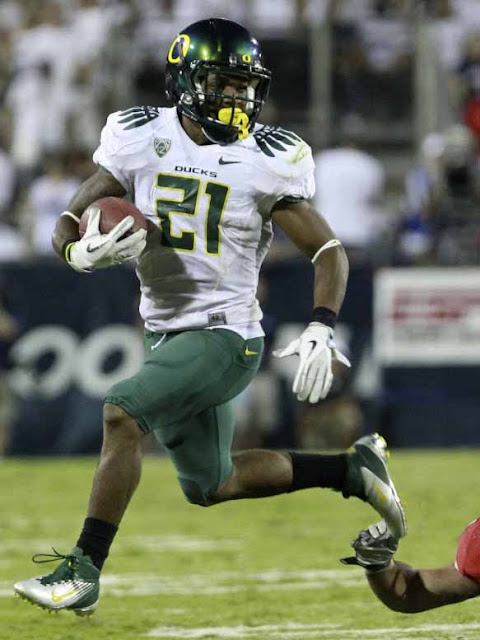 The new non-Disney Duck makes its first appearance on shoulders in a one-off. It would become a common feature in the Helfrich years. 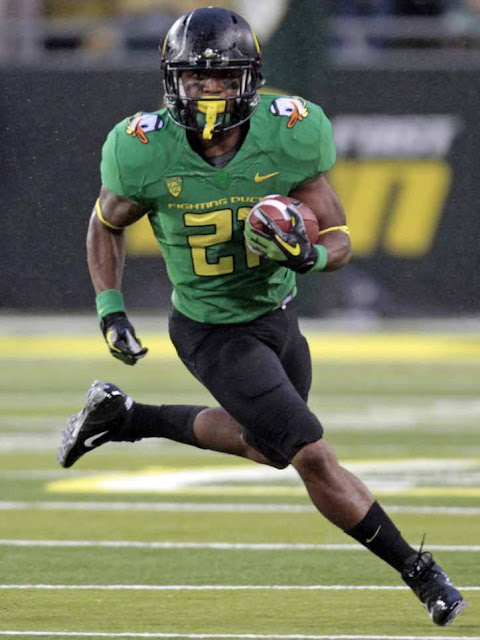 Stylish, but not very Oregon colored! 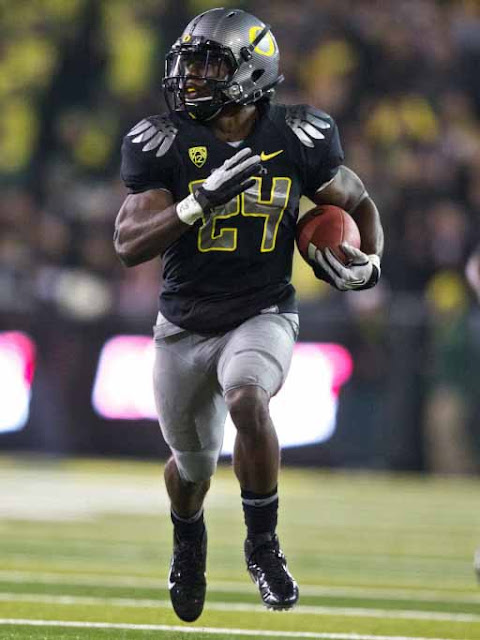 One of the better Storm Trooper looks the Ducks have had. 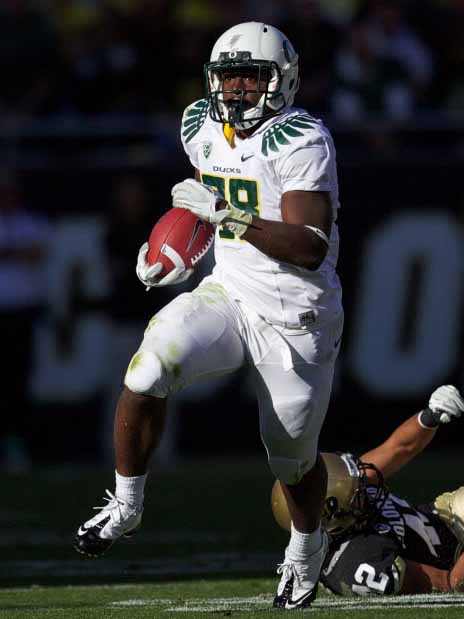 The Yellow makes this pop! 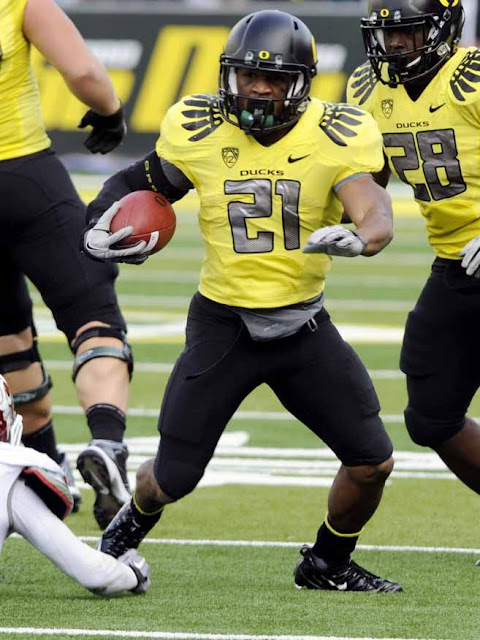 The beginning of a three-game stretch with no green/yellow and only black, white and silver! The Green O gets lost on the silver helmet. 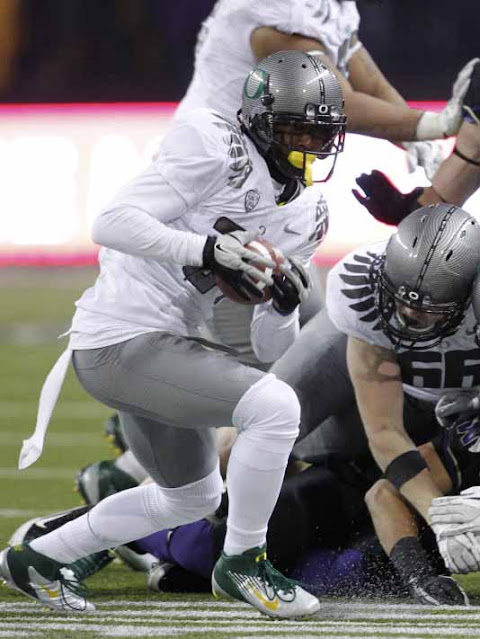 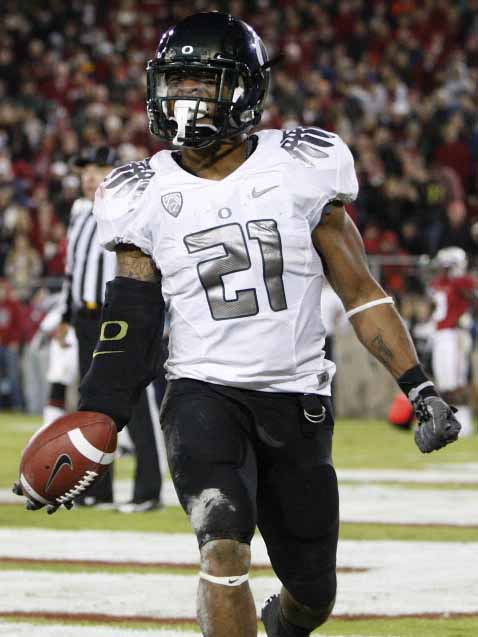 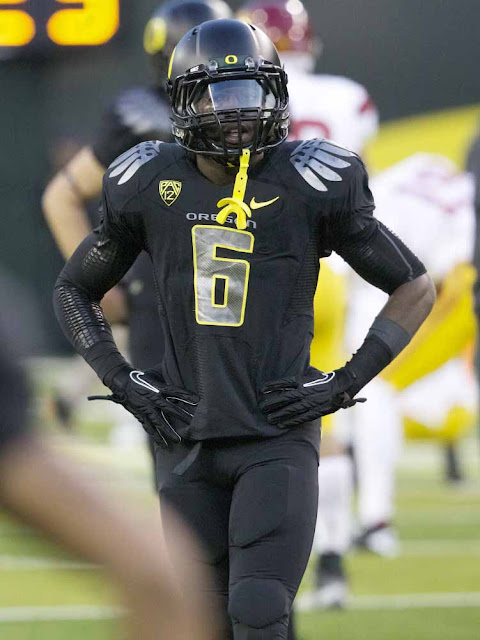 Mono green for the win. 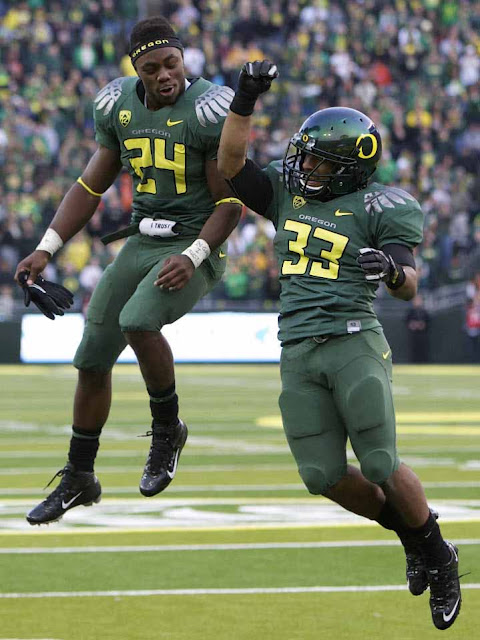 Wish the pants were yellow. This was the last game with the green helmet and yellow O on the side. It had been worn 127 times since 1999! While the O would return in the 2015 Rose Bowl and then make sporadic appearances on the helmet in the 2015-18 Helfrich/Taggert years the Ducks have not sported a "Mallard Green" helmet in the past decade. 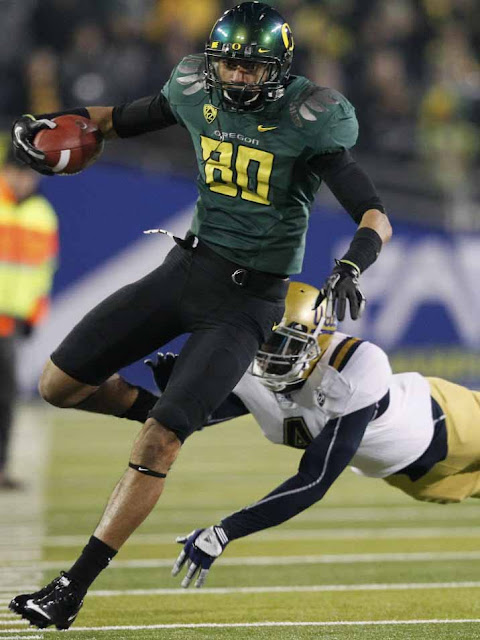 This game probably marked the beginning of the current template for Oregon uniforms in that it had: 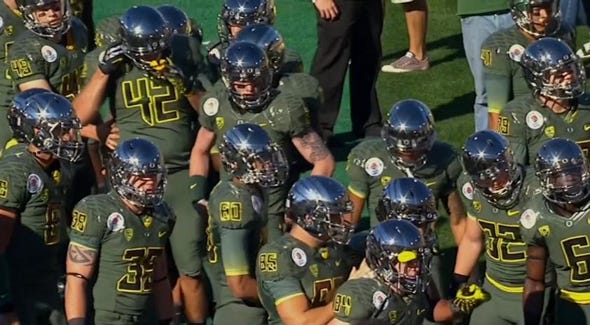 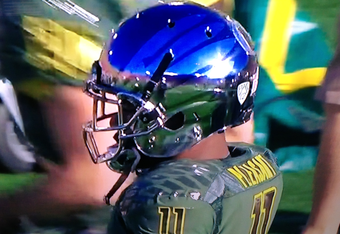